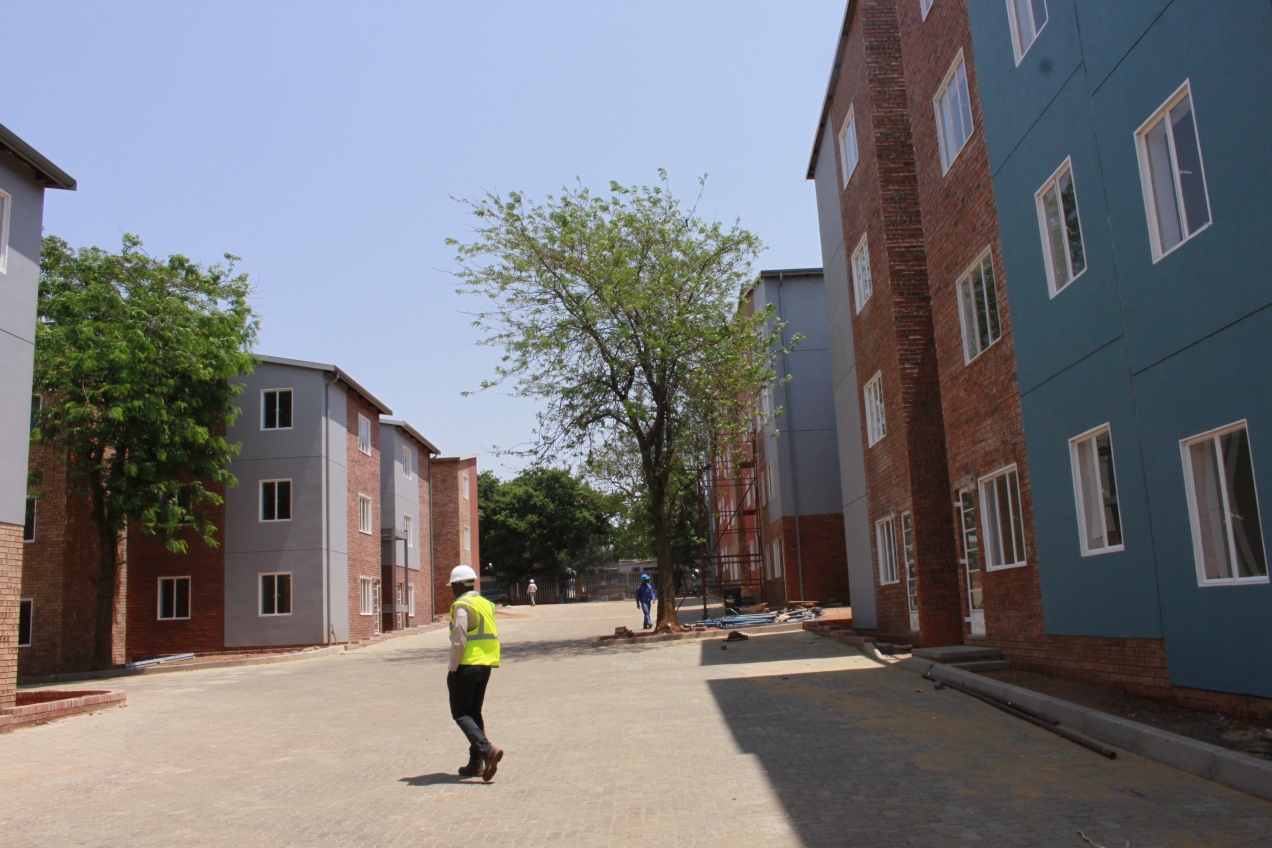 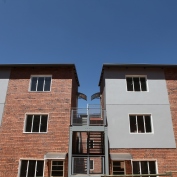 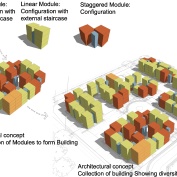 Princess Plots is located approximately 25 km north west of Johannesburg CBD. It is in a well located area with a diverse development environment that includes well established retail and industrial outlets, as well as good regional transport routes. The development also responds to the existing large informal settlement that stretches from the Princess Wetland to Albertina Sisulu Road.

Courtyard buildings define inner courtyards. Vehicular roads and parking are located on the perimeter of blocks. A hierarchy gradient exists from public to private courtyards. This gradation of privacy allows for “eyes on the street” and a surveillance of the courtyard. the pavement and external stoep act as a transition space between the road and the units. The entrances between blocks act as transition between the semi public and semi private courtyards. Entrance doors and staircases area accessible from the courtyards leading to the private space of the apartments.

The public road is brought into the site creating a defined arrival entrance to the development. Entrances are controlled with security gated access. Private roads give access to each block. Parking is located along internal roads rather than creating large parking areas. Dedicated parking is located on the perimeter of each block. The layout of buildings and internal roads creates a semi private urban environment. Roads between buildings became interactive and recreation spaces.

The courtyards of the building are linear with widths of 7-8m and lengths determined by the length of the block. Units are grouped around staircases and  positioned to define courts that create intimate private spaces for residents.

Two typical unit types are grouped into modules of two or three units around a single staircase. The modules are created in a variety of forms. The linking of modules results in various built forms as seen in images of blocks above.

All units are 40 sqm. Units are designed with different footprints. This allows for varying orientation of units.